For hundreds of years electricity has fascinated many scientists. Around 600 B.C., Greek philosophers discovered that by rubbing amber against a cloth, lightweight objects would stick to it, in the same way that rubbing a balloon on a cloth makes the balloon stick to other objects.

In 1600, William Gilbert, an English physician, physicist and natural philosopher, researched the effects of amber and magnets and subsequently wrote the theory of magnetism, which paved the way for the development of electricity. He is regarded by some as the father of electrical engineering or electricity and magnetism.

Gilbert first used the word electricus, meaning “like amber” in his theory. Amber is called elektron in Greek. The term electricus had been in use since the 13th century, but Gilbert was the first to use it to mean “like amber in its attractive properties.” He also studied static electricity using amber, and decided to call its effect “the electric force.” Gilbert also invented the first electrical measuring instrument, the electroscope.

Oak Electric Service is one of southeast Michigan’s leading full-service electrical contractors. Give us a call at (800) 964-7070. We will always personally answer your phone call – you will never reach an answering service! Be sure to ask about our “Free Electrical Safety Inspection.” We invite you to visit our website at www.oakelectric.com to learn more about us. 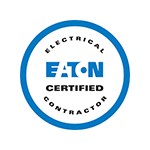